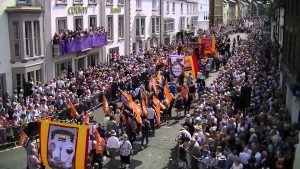 Each year, GMB members from across the country march with their banners and brass bands as part of the Durham Miners Gala.

This year our new General Secretary, Tim Roache, was a guest speaker.